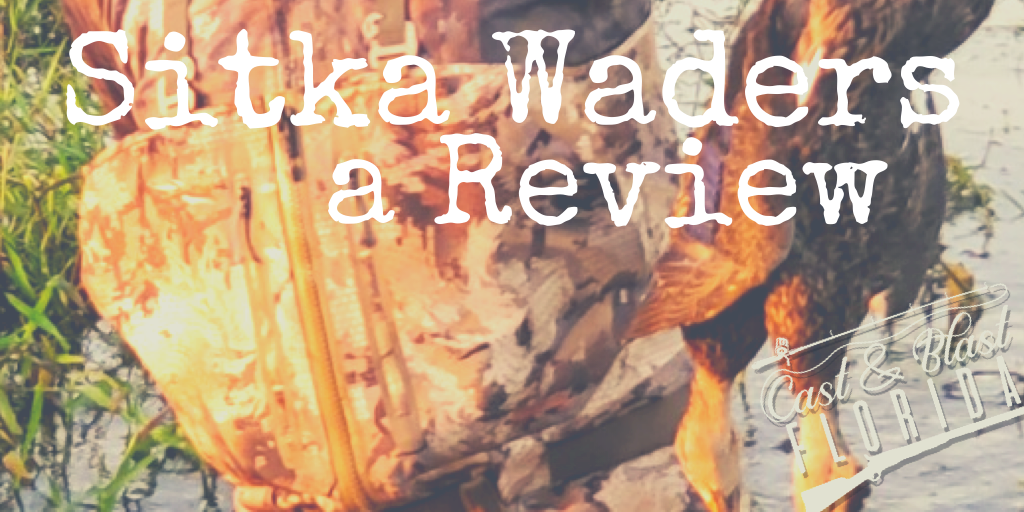 Here we are. 5 and a half months after pulling the trigger, I’m ready to talk about my Sitka Waders.

Next to my chairs (you’re welcome, Millenium Marine), my waders are the most asked about thing on a daily basis . . . “How do you like those Sitka waders?”

This is, in some respects, a little bit of a crazy question. I equate it to how you feel after getting your oil changed – in your imagination, you think the car is running smoother and handling better. But it’s really exactly the same, which is awesome, but also it cost you some dollar amount to stay exactly the same . . . This is how waders work, in my mind . . . They’re dry, and that’s awesome, but that’s exactly how you were when you stepped into them, presumably . . .

Let’s start with the boots . . . I will say they’re some of the most comfortable wader boots I’ve ever worn. In fairness, I HAVE worn a lot of wader boots, but I also don’t think about the comfort of them a ton . . . I’m not doing the ironman in them, I’m setting decoys and fetching ducks. 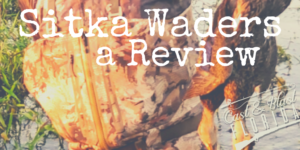 That said, I’ve walked (and I used my Apple watch to calculate this for all you haters) about 42 miles in these waders this season and have had no complaints in the boot department . . . I’m not dying to get them off my feet, which is more than I can say for some days spent in some high dollar boots (looking at you, LL Bean) . . . I was honestly shocked by that number when I sat down and added it up, and double checked it, and it’s right, and I’m happier with the boots at the end of this paragraph than I was when I started it.

I do have one issue with the boots, and I’m not sure if it’s the boots, or the insole, or the goretex, or what, but I cannot for THE LOVE OF ALL THAT IS HOLY find a pair of wader socks that will stay up over my calves in these waders. I’ve never had this issue before with other brands of waders, but I’ve now tried Darn Tough, Bridgedale, Bombas, Redhead, and some generic socks and all of them end the day around my ankles. This is subprime for a giant who hunts in waders on, basically, the equator, but it’s worth noting if it’s something you care about. Towards the end of the season, it got cold enough for some pants (Ascents, if you must know . . . I’m becoming a Sitka fanboy), and I pulled the socks over them and that solved the problem. But it still bugged me that I couldn’t figure it out. Not even sure what to figure out on it. Who walks that far in waders . . . maybe it’s a “Travis” problem?

The material (I think it’s goretex, I’m not a material junkie) is pretty comfortable, not too hot, not too cold . . . I’m a fan of the reinforced knee “pad” things . . . I think they staved off a few leaks from brambles and blackberries earlier in the season.

The belt is fine. It’s exactly like every other belt on all the other waders in the world. I think maybe wader belt tech has reached its peak, and we may never see another development in that arena. Who knows. It’s a stretchy belt and it’s fine. 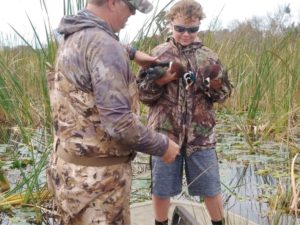 I feel like I should admit that I crafted a strongly worded letter to Sitka about the location of the D-Ring on the belt . . . There’s a little D-Ring attached to the right side, and I guess you could clip decoys to it, or a toddler, maybe your car keys . . . But, as I drive my boat with my waders on, I wondered why it would be on the right side when most tiller driven duck boats are on the left, allowing the kill switch lanyard to attach to the D-Ring naturally, saving lives and looking good doing it. Fortunately, I never pressed “send” on that letter, and I realized the D-Ring is removable and switched it to my left for exact such purposes. I noticed this on about the 60th day of wearing the waders and cursing this design. I’m sorry Sitka.

At first, I didn’t love the straps. In fact, my initial reaction to the straps was:

But then they began to grow on me. To describe them, they are NOT your typical wader strap, oh no, they are thinner, with a fixed cris-cross on the back . . . on the connecting end (where you connect on the front) there’s a series of loops – although, they’re not so much loops as just doubled material. Then, on the top of the front of the waders, there’s a metal piece on each side that looks like a bottle opener contraption . . . You simply slide the bottle opener contraption between the doubled material and voila, you’re all strapped up. When I was still in my skeptical phase, I can remember thinking “there’s no way this is gonna stay on” but I was so. Very. Wrong.

I notice wader straps. Maybe it’s because I’m in them every day for 4 months? I don’t know, but these are the ones I notice the least. And unlike the classic nylon elastic, these allow for easy adjustment on the fly by just choosing a different “loop” . . . I’ll try to insert a pic in here somewhere, otherwise this just sounds like incoherent babbling. The straps are dope, y’all. That’s what you need to know.

Pockets? I’m like my wife every time she tries on a dress, except a hundred pounds heavier – THEY HAVE POCKETS . . . classic furry feeling wader pockets (I know it’s fleece, Yankees – leave me alone, I’m in Florida and it’s furry feeling), plus two zipper pockets. If I’m being honest, I don’t really know what to put in the zipper pockets – they’re a little odd – I throw my wallet in one (this isn’t some George Costanza wallet guys – it’s a front pocket wallet from Over and Under Co and it’s super slim and super baller) and basically don’t use the other one. Maybe there’s a salt packet in it or something from a hunt 3 months ago. Who knows.

So the pockets are fine. They’re not the greatest pockets I’ve ever run across, nor are they the worst, and they serve their pocketly duty well. Just don’t plan to be amazed by them.

“But Travis,” you’re saying, “What about the zipper?”

I am not exaggerating when I say the zipper on the front of these waders is like the Shekinah Glory of God shining down onto a duck hunter. They. Are. Amazing.

Reality check – I’m not sure that the zippers themselves are actually that amazing – they work like every other zipper in the world. Except that they’re waterproof which makes them like some magical spell from Harry Potter world that allows you to pee without undressing in the duck blind.

Let me reiterate this: They allow you. To pee. Without taking your waders off.

This may be the greatest advancement in duck hunting since the Texas Rig . . . How many mornings have you heeded the call of nature and had to remove your jacket, undo your wader straps, sacrifice 7 shells, gyrate like a cat in a room full of rocking chairs all while it’s 36* and you’re certain this is the worst thing you’ve ever had to do in your life?

That feeling is gone for me. Now, I can just pee freely, whenever I want*, simply and easily. Somehow, Sitka solved the most ubiquitous problem in the world, and they did it with a magical zipper that somehow doesn’t allow water in.

*There are, certainly, places you’re not allowed to pee. Those are still off limits. I’m just iterating that the freedom is there, y’all. Quit being so literal.

Have I waded over the zipper line?

Is there anything I don’t love about them?

If I’m being honest, they’re not the best looking waders, aesthetically . . . Fortunately, I’m a handsome man and can overcome some of the challenges they present, visually, but they’re not on Banded’s level, style-wise.

Note that I consider Banded’s waders to be the best looking, but I also don’t feel comfortable calling them “waders” because they seldom do the one thing waders are meant to do – keep the wearer dry

So – you’re not gonna wear them to pick up the opposite sex, but they’re a tool, know what I mean? Wear your pick-up attire underneath in case you need to make a quick switch at the ramp . . .

I also don’t love the “poofiness” at the top of them. I’m gonna try to edit a photo using my sweet photo editing skills to 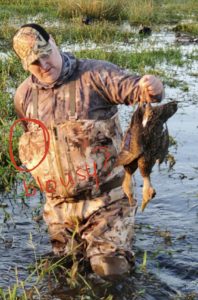 illustrate what I mean, but they kinda blouse out at the top at the very top. This could be a sizing issue on my end, as I was rushed into shoe size and had to go up a size on fit to get what I need.

In thinking about this, and looking at the pic, I realize that I had my pockets stuffed with #5 Boss and whatnot for that retrieve.  Maybe the extra weight made them sag that way.  Who knows.  Obviously, not me.

Finally, I couldn’t find them in the timber pattern anywhere when I bought . . . It was like some strange unicorn, so I bought the marsh pattern which isn’t my top choice, but it’s still camo, and I think we all outthink ourselves on that sometimes. Your grandpappy killed ducks wearing red flannel and smoking Marlboros, so maybe I’ll be okay with a mismatched jacket and waders.

Speaking of the jacket: Y’all. I can’t record this on video because it’s weird and creepy, but I’m telling you right now – buy a Delta Wading Jacket to go with these things. The DWJ zips both ways . . . So, you zip it up, regular like . . . Then, when nature calls, there’s another zipper at the bottom that allows you to unzip it from the bottom . . . Do you hear what I’m saying – you can keep your jacket AND your waders on while you pee!!!!!!

Sidenote: is there a team at Sitka that’s in charge of peeing solutions? Like – are their departments: Whitetail, Waterfowl, Big Game, Peeing, Every Day Casual?

The only thing I can’t speak to is the warranty, which was THE major factor in my decision to purchase waders that cost more than my first truck (serious talk, CJ (my first truck (a 1977 Chevy Scottsdale)) was $650) . . . That said, this is the first season in 6 years where I haven’t had a leak by mid-December, and I’m here for it. I’ll revise this review should I ever need to avail myself of the warranty, but, as we stand today, I’m thisclose to being home free!

So – summarized, no leaks, and you can take a leak anytime you want* . . . It’s every wader-wearer’s dream come true.

*That one’s free, Sitka Marketing team. You’re welcome. You guys can take the afternoon off.

Seriously, I was apprehensive about the purchase, but in hindsight, I’m thrilled with how they’ve performed all season, and I wouldn’t hesitate to do this again . . . my only regret is that I didn’t do it 3 years ago! 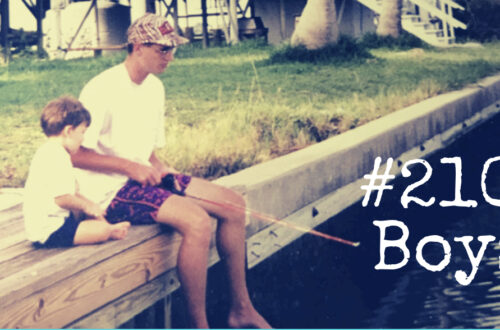 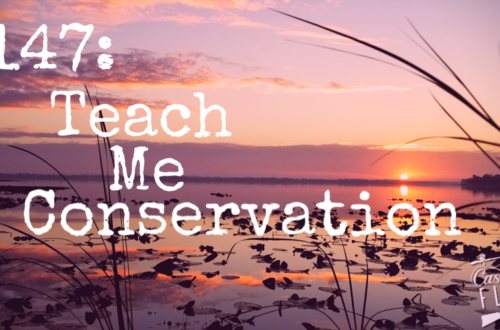 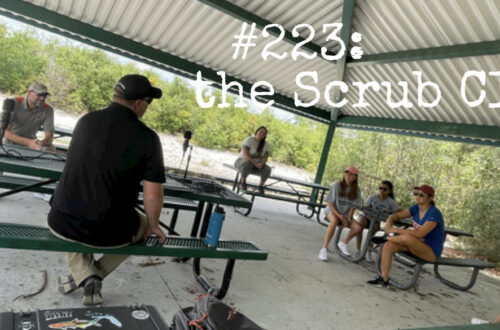