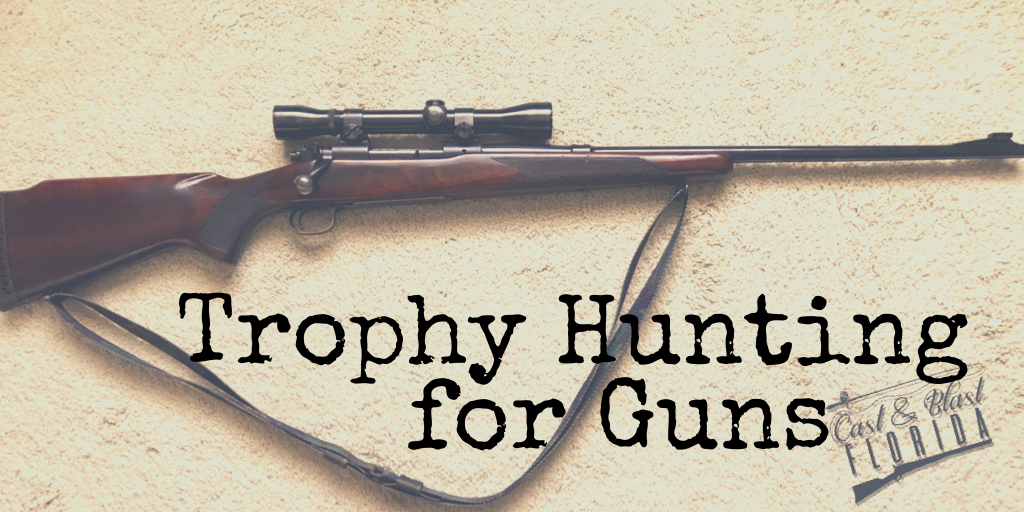 One of my favorite hobbies when I can’t walk in the woods is walking into a gun shop. To add an air of sophistication to my window shopping, I’ve adopted a phrase from renowned gun writer Chuck Hawks— Trophy hunting for guns. There is always low-hanging fruit on the counter, but the real thrill comes from finding a hidden jewel.

As with game animals, a true trophy gun is personal definition. Are you a collector of Belgian Brownings? I found a Browning SA-22 manufactured the same year my father was born. Sure, it was more than a 10-22, but getting a gorgeous .22 with a shared vintage brings a smile to my father’s face every time he opens his safe.

If squirrel guns aren’t your thing, see if you can find your favorite rifle in your favorite cartridge. A pre-64 model 70 isn’t easy to find for less than $600, but you can do it 30-06. Finding one in 300 Winchester is like finding a 10-point buck on public lands. The 300 Winchester was released in 1963, so there was only one year before Winchester dropped the controlled round feed action. If you’re a waterfowler and still a Winchester snob (then you’re my type of person, by the way) see if you can find a model 12 “heavy duck” designed to shoot the “new” 3-inch Winchester shells.a 1950s

I’m sure whatever niche of firearms ownership you occupy, there is a trophy gun for you. The real trick isn’t deciding on the ideal gun, but actually getting your hands on it. Fortunately, hunting for guns happens outside deer and duck season. Hunt with the seasons, since after hunting season many folks unload their guns in hopes that buying a newer, lighter,

faster gun will make next season’s freezer a little less empty. If you live in a seasonal tourist area, you’ll invariably find a glut of pawned or sold guns when the season draws to an end. This slower time also gives you a bit more negotiation power to haggle the price down a bit.

For trophy locations, I would suggest looking everywhere. After a trip or two, you’ll figure out what type of establishment you are dealing with. I have found some incredible deals at hole in the wall mom and pop shops with dust on the floors. But I still wouldn’t discount the larger high-volume shops that will sometimes undervalue items out of ignorance.

I recently picked up a Remington 7600 for a fraction of the going rate because it was logged as a pump shotgun! If you aren’t familiar with these obscure rifles by Remington, they are pump action rifles. Remington built these 20-gauge gun with 870 actions, so operating the gun is the same as your shotgun. Like the 870, the 7600’s barrel is free-floating from the action arms, which makes these guns uncommonly accurate. Pair that with the fast second shot and you have a deep cover hog gun no turn bolt can touch. I’ve been wanting a pump action rifle ever since reading about the Benoit family tracking bucks in the snow. And I’m well aware Florida doesn’t see much snow, but it’s still a cool rifle.

Now the online gun world can hold some gems, but just like that public land buck, there will be lots of folks gunning for it as well. Keep in mind, you’ll also encounter added shipping and transfer fees. Forums can also be a good place to look, as the community can usually

vouch for sellers in a way that auctions simply can’t. If you’re looking for a gun that is rarer than hens’ teeth, somecollector’s groups might be the way to go. I’ve had more luck on larger auction sights.

My auction plan is two-fold. Part one is look for mislabeled or incorrectly spelled items so they won’t come up in a search. Enfield rifles listed as “Infield” tend to be cheaper. JC Higgins model 50 rifles are FN Mausers that were sold at department stores. These normally sell for much less than the same rifle actually listed as an “FN Mauser.” This is where homework will pay off, knowing your obscure or limited run items can net you a nice purchase.

Part two of my auction plan is I bid my price and that’s that. This is probably like trying to set the world record tarpon landed on 5# test. You’re going to lose a lot of fish, but some day you will get the right one on your own terms. Whatever gun inspires your dreams, do your research, hide some money from your spouse, and happy hunting. 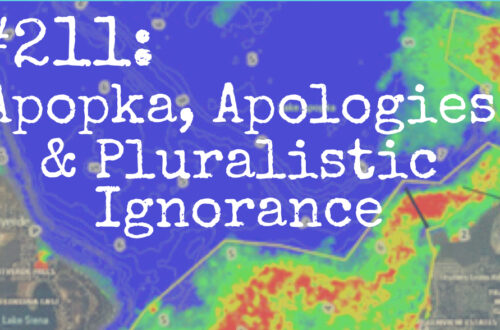 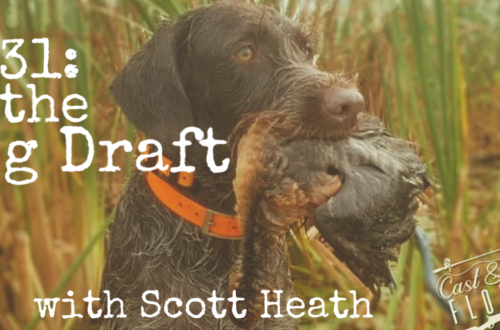 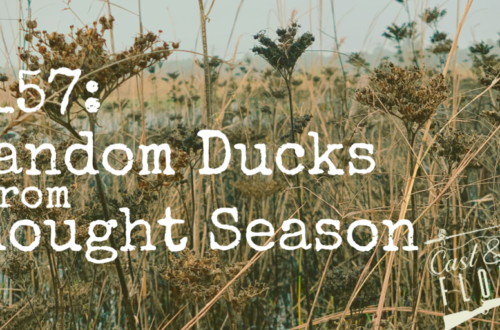