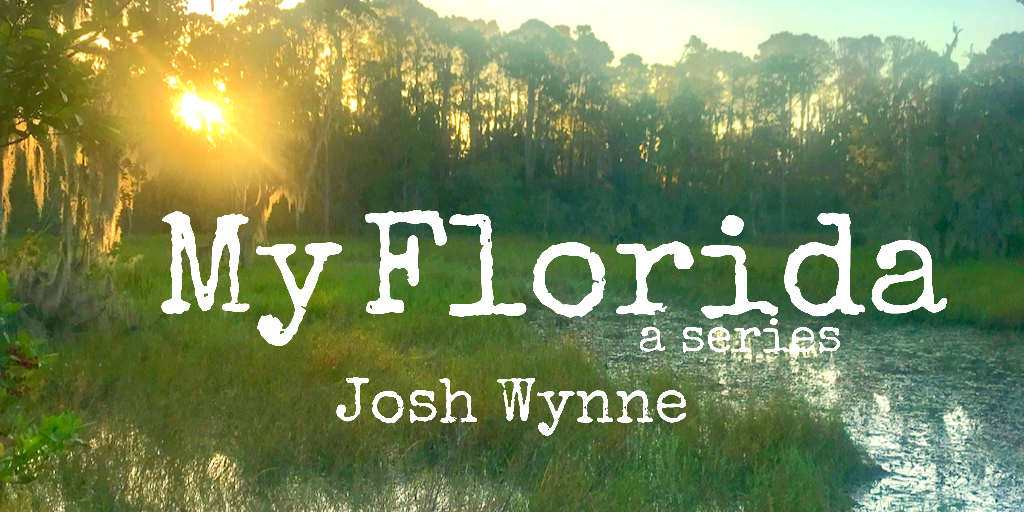 In September of 1620, Christopher Martin and his young wife, Marie Prower, arrived on the shores of Plymouth, Massachusetts on a ship known as The Mayflower. The ship left port in Essex, England and had been at sea for 66 days on this, the third attempt at crossing the Atlantic to reach The New World. Of the 102 passengers that arrived, only 53 of them survived the first winter. Only five among them were women. These survivors had grit. Christopher Martin would sign the Mayflower Compact and move to Salem, where he started his family.

Over the next 160 years, the Martin’s became the Bishop’s, and the Bishop’s became the Herndon’s. William Herndon fought in the Revolutionary War and two years later, in 1778, he moved his young family further south to Greenville, South Carolina. His son, Richard J. Herndon fought in the War of 1812 and married Pinky Padgett and in 1829, the two would move to Jennings, Florida and have 17 children. This is where my history in Florida begins, some eight generations ago, with my (5x) Great Grandparents, Richard and Pinky.

It’s difficult to imagine Florida almost 200 years ago. Florida was established as a territory in the 1820’s, around the time the US enacted the Indian Removal Act. Florida’s early residents fought a decades long battle with the Seminole Indians, the last of which ended in 1858, just after receiving statehood. Just three years later, Florida, as part of the Confederacy, entered the Civil War. It is amazing that anyone survived here in those times. Florida was the wildest of the wild places in America. Wars aside, when you consider the remoteness, plagues of mosquitoes, ticks, and no-see-ums, alligators, sharks, bears, panthers, Indians, bandits, pirates, smugglers, oppressive heat and humidity, and hurricanes that appeared out of nowhere, it is easy to question why anyone would want to live here!

In Patrick Smith’s novel, A Land Remembered (perhaps the best piece of history on early American Florida, despite being fiction), we are introduced to the MacIvey’s. Their story starts in 1858 while traveling to, and homesteading in Central Florida. It paints a pretty harsh picture of life in Florida in those times. Fiction or not, it doesn’t take a historian to recognize the grit it must have taken to move to, and survive in Florida back then; I suppose, the same kind of grit it must have taken to board a ship bound for “The New World.” These, too, were tough people.

These days, Florida is quite different in many ways. The migration of people into our great state has not stopped— although, it could be argued that the type of people moving here has changed quite a bit. From the ubiquitous, and always colorful “Florida Man,” found in the most bizarre stories in the off-color news-zines, to the über wealthy, seeking tax havens in the form of obscene, waterfront mansions, to nearly every grandparent in North America, Florida has seemingly diversified her attractiveness. People. Love. Florida. I love Florida.

I was born in Sarasota in 1974, and as a kid, I lived on and off of Siesta Key. Sarasota was undeveloped back then. There were more trees and vacant lands than there were homes. There were only a few high-rises; mostly products of architects of the famed “Sarasota School.” The beaches had higher populations of gulls than visitors on any given day. Often the bike racks would be more crowded than the parking lots. It was different then. It was a more earnest version of Florida than what it has become—what it is becoming.

Sarasota is not the only place that has changed. Indeed, development, and the fleecing of our natural resources, has drastically changed much of the landscape of this state, in relatively short order. Much of Florida is a shell of its natural self— not all of Florida. There are wild places here; some of the wildest in the entire United States. Some of these places are among the wildest in the world. These are my places. This is my Florida. I was fortunate to have been raised by a man who loved Florida; a wild man; a tough man. We spent our weekends in the woods, on the water, or on the water in the woods. We camped often, in all seasons, in all weather, and always primitively. Our camp weekends always included some bit of bush-craft or survival knowledge that dad either learned from his dad, learned as a Scout in his childhood, or just completely improvised to impress my little brother and I. We’d set humane, release-snares to teach some humility to the raccoons that raided our camps every night. We learned to make and extinguish fires responsibly. We set trot lines. We spent much of our time paddling canoes on lakes, rivers, and the inland bays. Almost invariably, we fished. We caught fish. We cooked fish. We ate fish. It was these experiences, more than any others, that shaped my love of Florida.

From an early age, I always felt more comfortable in the woods, or on the water, than anywhere else. We’d often camp at Fish Eatin’ Creek, where we’d swim in the river in the presence of large alligators, paddle the river alongside them, and camp on the river’s edge in spite of them. It always felt right; more right than the social anxieties that would wind me up while waiting to be picked for the kickball team in grade school. It wasn’t until I brought a friend along on one those trips that I realized not everyone appreciated the wilder side of Florida. At the age of 14, dad got me SCUBA lessons for Christmas. It was, and remains, the most life-changing gift I have ever received. I was already a seasoned snorkeler and free-diver. Dad would take us to the middle Keys, where we’d hone our skills with a pole spear under the watchful eye of the resident “reef boss” ‘cuda. We’d gather lobster in the shallows on the Gulf side and keep watch for the “tax man”—a euphemism we used to describe sharks that were eager to take their cut of our bounty. Diving opened up a door to a whole new part of Florida. It was just as wild, just as dangerous, and just as beautiful as the Florida woods I loved so much.

Not long after, I found myself in Navy Dive School in Panama City, Florida and had the good fortune of spending time at several other small Navy bases in Florida. I also had the opportunity to travel a good portion of the planet. I saw places in Asia that couldn’t have been more foreign to me. I saw jungles and river systems in Central America that seemed almost familiar. I saw everything in between. I missed Florida.

As I’ve aged, I have had the opportunity to try a lot of new experiences in the wild places of Florida. And as I age, I continue to find myself more interested in being in those wildest of places than anywhere else in the world. It’s the only place I yearn to be. I yearn to be there almost all of the time. I’ve considered that a lot lately. I often reckon it’s in my blood. Why else would those crazy grand-parents of mine have endured those hardships if not for their innate love of wild places? It was certainly in their blood; that willingness to push beyond their comfort zone to find something unusual, something untamed, something beautiful, something wild. Perhaps it has nothing to do with my ancestry. Perhaps it is my humanity, along with experiences that have shaped my views on, and love of Florida.

A young boy, whose father noses the Jon Boat up to the creek bank for an up-close look at the one-eyed, chalk grey alligator who is at least as long, and just as wide as the boat we are in.

A boy, pondering whether or not to loose the pole-spear into the bizarrely shaped, but oh-so-tasty hogfish, for fear of the torpedo-sized barracuda with the shark-hook hanging from its jaw.

A young man, lying alone on his back on the Gulf floor, watching a school of hundreds of Scalloped Hammerhead sharks pass quietly above.

A man, solo-stalking a sounder of wild hogs through the swamps and palmettos of Central Florida, with only a bow and a knife.

A father, watching his son battle a tarpon as large as he, in Boca Grande Pass. A man, casting flies at a giant school of over-slot redfish on a flat in the middle of nowhere. A husband, watching as his wife squeezes the trigger on a white-tailed doe in the deer woods of north Florida.

A middle-aged man, running a skiff for hours in the backwaters of the Everglades, in the black of night, in search of pre-historic fish.

A son, poling his father through the myriad of mangrove islands and skinny-water flats in Charlotte Harbor to help him land the biggest snook of his life.

I’ve come to believe that Florida is more than a place. My Florida is an idea; the idea that there are places in this world that will resist the efforts of man to tame them. My Florida is a wild, diverse eco-system whose beauty is only matched by her brutality. My Florida is the fire that burns in my belly, urging me to see things few have ever seen, and to experience things beyond my imagination. It is easy to question peoples’ motives for moving here. It is easy to hold those newest of Floridians accountable for their part in her taming. But perhaps, in their own way, they too love wild places. Perhaps they come from that same stock—searching to fill that ancestral need for adventure.

Josh Wynne is a friend and someone who views Florida the way we do – as a place to be protected and treasured.  In his career as a builder, he’s been celebrated for incorporating environmentally friendly and Florida elements into his builds; not because of requirements, but because it’s the right thing to do.  You can follow his adventures on his website, JoshWynne.com, where he originally published this piece for Father’s Day! 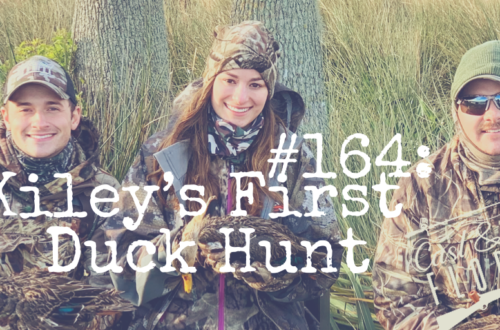 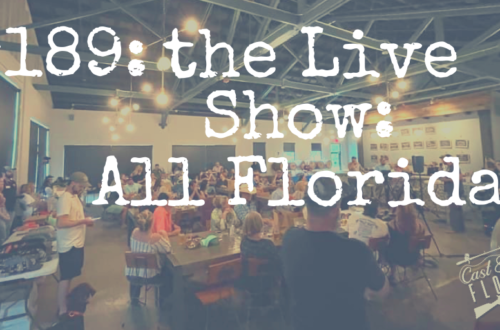 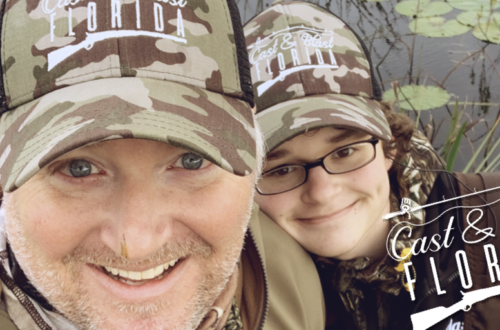