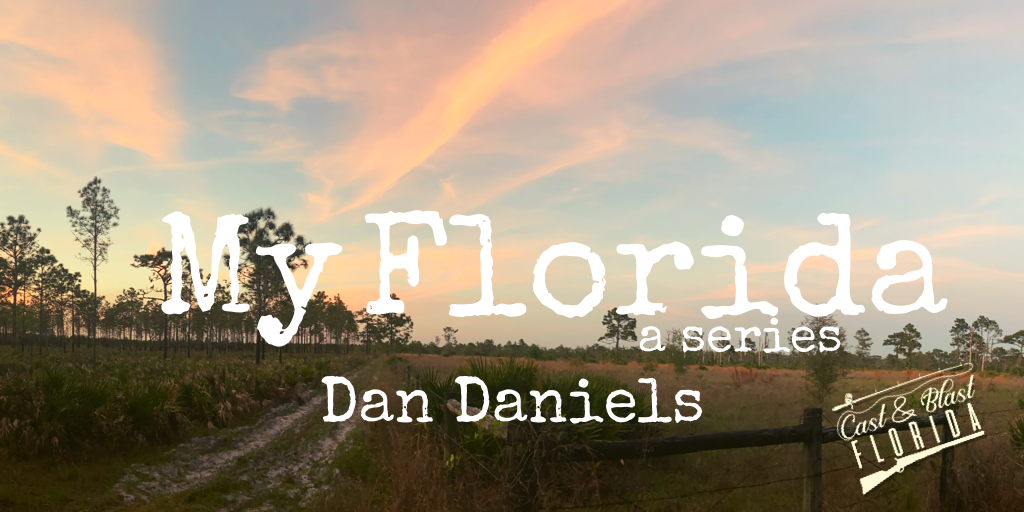 Welcome to “Sabal Palm Island”, an exquisite resort community in the heart of Central Florida!

Can’t you just picture it, driving south down the Turnpike, around the greater Orlando area, a billboard somewhere near the Okahumpka rest station flagging to would be vacationers and potential residents?

The billboard is backdropped by a cattle pasture with some heavy equipment off in the distance. This billboard doesn’t exist, at least to my knowledge it doesn’t exist, but we can all probably envision it in some form. This fictitious community is obviously gated, has all the amenities that any resort community would have. the residents give off a kind of “Del Boca Vista” vibe*

To some “Sabal Palm Island” probably seems like like a great retirement spot, resort community, or vacation getaway, but to me, a sabal palm island is something different. A real life sabal palm island is exactly what it says it is. They are literal islands amongst and within other ecosystems where a clump of sabal palms has formed over time on a on a hump in the landscape’s topography. To further the narrative let’s place this island somewhere in the East Central Florida area, in a hydric hammock setting, adjacent to a pasture and marsh. In this setting you’d be hard pressed to find anyone searching for a “retirement” lifestyle.

Sabal palms, which from now on will be referred to as “cabbage” palms, their “real” name, are probably our state’s most ubiquitous tree outside of maybe slash pine. They are one of only a handful of native palm trees to Florida, and far more common than the pretentious “royal” palm. Most of the other palms are hedge like and exist as a ground cover, ie. saw palmetto. This “island” setting is, as we mentioned, “hydric”, or fancy name for wet, and can be in proximity to a marsh, fresh or salt, within a marsh, fresh or salt, or within a wet forest. Cabbage palm islands can exist in almost any natural Florida landscape but I’m choosing as “My Florida ” a wet setting, complete with all the mosquitos, humidity, and serpents that complete the trifecta of a nasty Florida outdoor experience.

To me, a mature stand of cabbage palms, when forming an island like structure within a natural landscape, is a thing of absolute beauty. When cabbage palms get old they start to self clean and lose their “boot,” as it’s called, which yields a visually smooth and rather unassuming tree trunk. However, upon closer inspection this “smooth” tree trunk yields little, almost microscopic needle like projections on its surface, and is quite rough and prickly when you get close to it. Young kids learn pretty early to not try to climb one, and a splinter from one is harder to get out than the writer’s cramp bone in the game of operation.

Since the trunk is really more like a collection of fibers, it is functionally compressible. A solid hit with a hammer would leave an indention, but good luck cutting a cabbage palm with an ax. Wood from a cabbage palm is relatively worthless by today’s standards, but there is historic value as lumber to native peoples and the European settlers before us. The fronds were used for roofs, and the “heart” of palm was invaluable in times of need. We hopefully have all tasted the tender heart when prepared as swamp cabbage, but outside of turn of the century dock posts, some tiki hut applications, and some landscaping use there just isn’t much “worth” now a days to a cabbage palm. That being said, a climbing tree stand, if a climbing tree stand could talk, would argue that there is no other tree in the woods that will give you such a good “bite” as you tighten up its cables and jump in from off the soggy ground. If “climbing trees” for huntin’, were a recognized commodity, an old cabbage palm would be top tier, grade A, the wagyu beef of the genre.

Cabbage palms can get relatively tall when they’re old, and can achieve heights of over 80 feet and diameters of 25 inches. Although difficult to age, botanists believe they can live to be 200-300 years old. Throughout their entire life span they offer lots of wildlife benefit. The fruit, or drupe as it is called starts off green and turns into a purplish black date-like entity. Basically everything in nature eats the berry, including countless different birds and mammals. At all stages this tree offers cover and food for critters of many classes and orders.

Hanging from a cabbage palm in September can be a real adventure. Lots of creepy crawlies and “stingin” things love to live in the clump up top, and when you bust up a wasp nest accidentally upon your ascent, it can be a real exercise in nerves and coordination to get down quickly without ending up inverted on your back and head. If and when you finally get up there and get settled in, there is hardly a more peaceful place, at least for a short while. 15 to 20 feet of elevation off the ground can give some real respite from the heat somehow, and skeeter activity seems to decrease by at least half. Right about the time you start appreciating the peace, and start getting a little sleepy, you usually start hearing the pitter patter of the resident critters. The tranquility is typically short lived, as I’m pretty sure a squirrel jumping from a live oak branch onto a cabbage palm frond is one of the loudest noises ever recorded in human history, up there with space shuttle reentry and Krakatoa, but not quite as loud as scaring a blue heron while looking for bait in the dark.

Once your heart rate drops down from lagomorph back to homo sapien level, here comes your random afternoon thunder-bumper to contend with. When that wind starts to blowing 30 knots across the marsh your “peaceful” island adventure really begins. Hanging on a tree takes a literal meaning for a short while as your perfect cabbage palm climbing tree starts behaving less like a tree and more like a pool float while your kids are doing cannonballs around you. A couple cracks of that too close for comfort, almost pink colored lightening and thunder, which is only slightly less loud than a squirrel jumping into your tree, has you questioning your intelligence, and wishing you never found this island oasis. You know, the spot that was a mile further away from your truck then you were planning on?

Now that you’re soaking wet and cold (“How the hell can you be cold in Florida in September you’re thinking?”), you hear something. Way more often than not, these autumn trips to cabbage palm islands end up being fruitless, harrowing nature walks more than successful hunting trips, but this sound you hear is different. This sound is calculated, yet elegant, it’s unnerving and exciting all at once, your brain registers it correctly as a footstep.

You turn to look and, and there he is, all 98lbs soaking wet, chocolate horned, 2 and half year old, 7 point swamp buck of him.

He’s dark, with an odd tawny brown toupee looking tuft of hair on his head. Hardly the creature of midwestern lore, its almost comical to them yankees that this creature is even the same species, (Odocoileus Virginianus) to be exact, but it’s undeniable that this animal is as praiseworthy as any mid western “booner” that has traversed a cornfield. Your thought immediately goes to a place of denial, confusion and anger. “I can’t believe this is happening – Am I dreaming?” you think to yourself. “How the hell did he get so close to me where I couldn’t see him before now?” Emotions are all over the place, he’s looking right at you but you did nothing wrong. The post storm air is relatively still and the little wind that does exist is blowing mostly in your face.

How the hell does he know I’m here, you ponder, then he puts his head down and starts to nip at some beautyberry at the base of another tall cabbage palm, alas a window of opportunity. As you turn slightly to your right from seated, to get a better angle on him, the buck takes a quick few alerted steps and your confidence immediately drops from, “this might happen” to “there’s not an ice cube’s chance on the pavement of Calle Ocho in August” that I’m going to get a shot. The 3 steps the buck takes puts him right behind a baby cabbage palm, which may as well be the walls of Castillo de San Marcos to your feeble arrow. You can still see some head and tail though, and all is not lost. You start to realize there is something else catching his interest. It’s undeniable at this point that even though he might know you’re there he really couldn’t care less at this exact moment.

Another noise from the opposite edge of your island confirms your suspicion. There she is, sleek, and stylish. Somehow she’s so well groomed compared to this scrubby swamp buck and you can immediately appreciate his interest. Her tail is up and flicks around a bit as she prances around the edge of your palm island and then slowly disappears into the cordgrass and wax myrtles. As quickly as you see her she’s gone, and our boy now has his head up and is tasting and sniffing the air as if there was a basket of baked goods getting wafted by his head. With a quick short snort he prances toward where he saw her enter the vast amorphous marsh and disappears with her, leaving you both defeated and awestruck at the same time.

That my friends is my Florida, a cabbage palm island in Fall.

Sabal Palm Island isn’t really a place I spend that much time, but I love every second of it in early autumn when I do get to hang on a palm tree out there in the middle of a marsh. I am truly lucky and blessed to be able to spend way more time on traditional islands. I live in an amazing place called Merritt Island, and my wife and I spend countless days toting our kids to the spoil islands of the Indian River Lagoon swimming and fishing and playing. Islands were formative in my life. I caught my first snapper in Key Largo (an island), my first snook on Sanibel Island, but cabbage palm islands aren’t going to get the love that the Keys and coasts will get.

My Florida is going away because it doesn’t make much of an impression for a non native. It’s not a travel destination or pre-planned community on a Turnpike billboard. My Florida is like a cabbage palm, easily dismissed and removed because it doesn’t offer much value as it is, and there is plenty of “em”. Much better to change it to something that people want, a resort community for instance, or maybe a retirement village. “Sabal Palm Island” needs a story to be told and that is why a “Cabbage Palm Island” in the middle of worthless marsh . . . is my Florida. 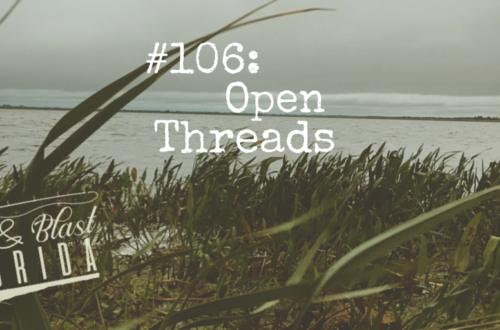 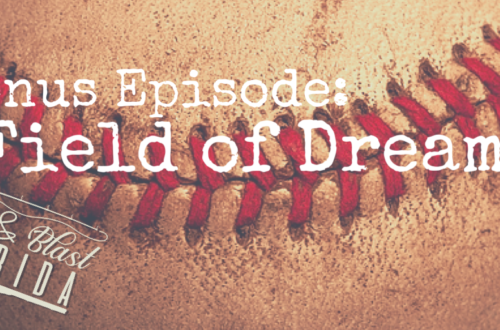 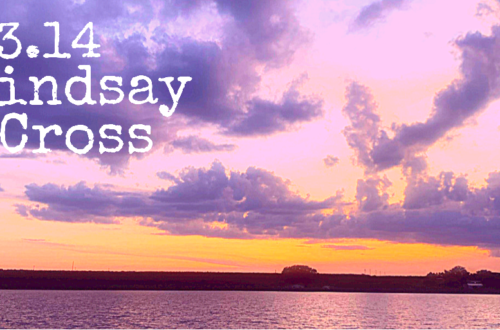