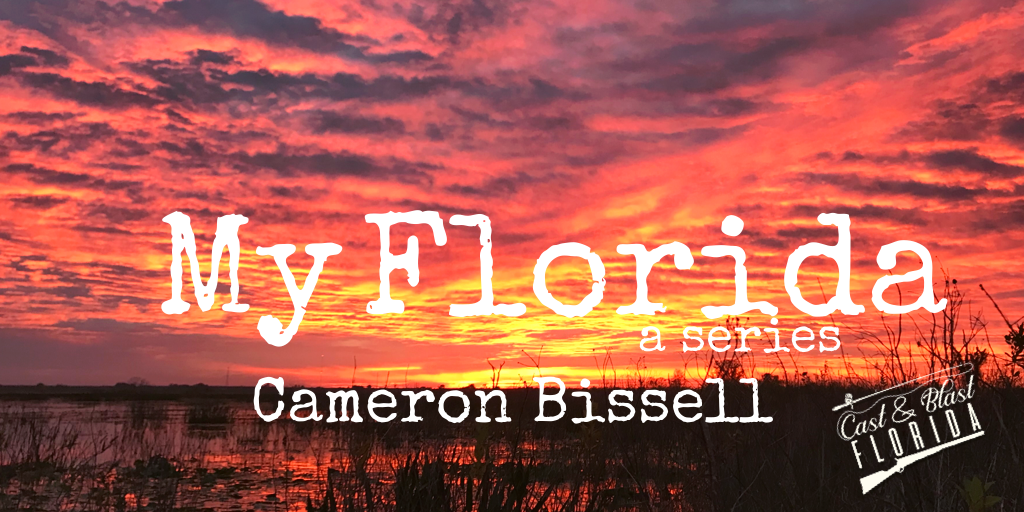 What is “My Florida”? As a college student I thought my Florida was the Panhandle. It didn’t snow, there were white sand beaches and when I asked at the first gun shop if they needed to see my permit to handle a shotgun; The women behind the counter laughed and said “honey you can keep a loaded pistol in your glove box with no permit here”. What money I had left after text books, rent, and bushwhackers I spent chasing redfish in pensacola pass and kingfish from the pier. There were bears, and alligators, and old stone forts that predated our nation. This would certainly be my Florida.

Moving to central Florida I thought the Ocala forest and the Harris chain of lakes were my Florida. I tended my little house and growing family there. 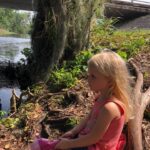 My oldest daughter learned to catch brim and sunshine bass on the spring fed lakes. My father, my uncle, my cousin, and my best friend all put their first hogs down in the piney woods of central Florida. My passion for public lands blossomed there. I wrote passionately about it and it won me a trip from Outdoor life, years later I still keep contact with the editor and videographer from that trip.

Now, still further south, the southwest Florida Everglades. Complex, beautiful and wild. Still wild in the 60s and largely taken over by the state or federal government by the 80s. It keeps secrets, it shows scars of man’s impact from dikes and locks; it shows its resiliency by reclaiming farms and hunt camps, until nothing more than openings in the forest cast sun on depressions from buildings. Roads once paved for development now fill with soil capturing prints of panthers and their prey. In the place I hunt, visions of cow hunters driving cattle across the grasslands dance in the mind as often as the hope that a mature buck will tiptoe from the dark timber. 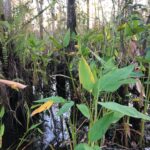 Frankensteined buggies can go. Staples of everglades transport were created and arguably perfected here. The man made canals of native stone hold tropical chichlids, snake heads, tialipia and oscars, that have formed an uneasy truce with the gators, gar and largemouth.

The cypress sloughs remind me of the place I never thought I would leave. The cedar swamps of my birthplace survived wholesale logging by being to wet and too inaccessible to justify the expense. Their cool understory that shades from the sun and forms an echo chamber for the native birds.  Your steps pierce the natural symphony with the characteristics of an unwelcome guest. Every thud against a fallen log or splash as your foot sinks back into the coffee colored water is a reminder that we are guests both in time and purpose. 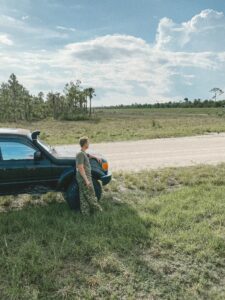 Citrus groves and tomato farms line the roads and give me some faith that despite the lust for half million dollar town homes and golfing, there may be some private land that wildlife will still be found on. I do not relish the way that the government acquired some of the land I now use . . . families lost their camps, farms, and homes . . . water management and focus on single species have made some of these areas noticeably worse than they were. I hope that my enjoyment and defense of these green and brown places where woodpeckers cackle and gators bellow pays tribute to those who broke this ground and kept it safe.

This place. Where the waters just south of Disney open into the ocean. Where stones of shell and lime hold ghost orchids. Where sugar, and oil, and golf, and wild birds intersect. Where the misdoings of half the state are filtered by grass and time.

This place is My Florida. 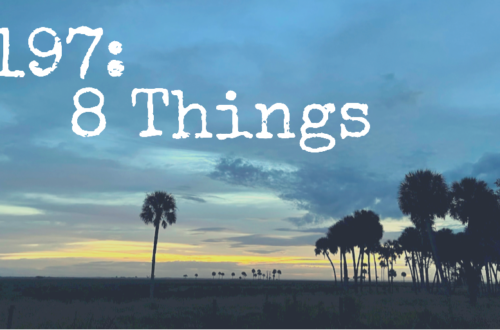 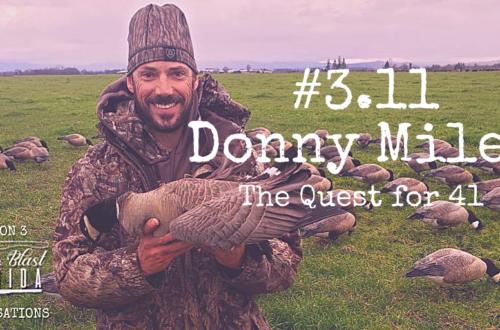 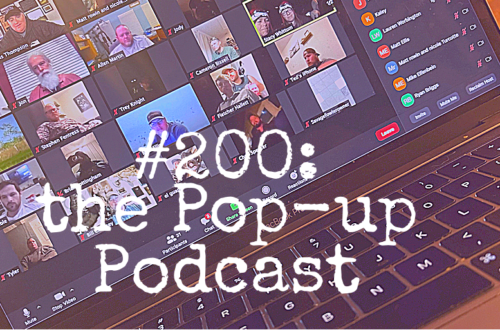