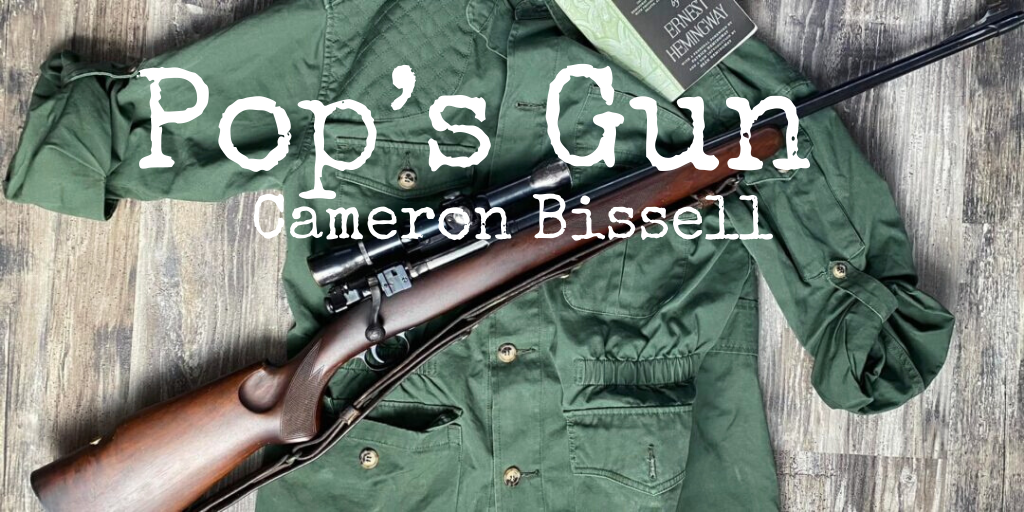 Many a hunter has grown up with the tradition of woodsmanship and hunting. A good number of those hunters are fortunate enough to keep an heirloom from their mentors. Some country songs include a passage about granddad’s gun. We can all relate to the attraction to the guns carried by our forefathers. I, however, am not one of those lucky hunters. I do not have any heirloom guns that my ancestors used to feed my family of a generation removed. I did not count the days until I would spend frosty mornings hunting with my father, uncles, or grandfather. While my father and I enjoy hunting together now, I took him on his first hunting trip. I don’t wish to reduce the importance of those moments we share, and more importantly, that’s not who this essay is about. This essay is about the gun I call “Pop’s Rifle.”

Robert Coane, my grandfather, was born on April seventh, 1943. He played football in high school and joined the Air Force with the hopes of being a pilot. He and his friend went to the Navy recruiter first, but it was closed for lunch, so they walked next door to join the Air Force. He didn’t become a pilot but instead was a radar specialist flying reconnaissance missions in a B-47. After his service, he raised a family in New Jersey before starting his “retirement job” running a beach store on Cape Cod.

How does a man who never owned weapons besides those issued to him in the 60’s end up with a rifle named after him? Now is when my pedantic nature gets the best of me and creates a great essay too.

I was the first grandchild, and as such, my family and I had the task of naming my grandfather. “Grandpop” or “Grandpoppy” were contenders, but it was decided that “Pop” would be easiest to say. As such, Bob would be known by everyone as Pop. As a boy, I spent my summers “working” at my Pop’s store. I sold surfboards and kayaks and stocked the shelves with inflatables and snorkels. In the downtimes and rainy days, we would read. Pop always had a stack of books from historical fiction to biographies. Of the countless authors, there was one we gravitated to: Ernest Hemingway. Hemingway’s succinct wordsmithing always left an impression on me, and his biography “Papa Hemingway” by A.E. Hotchner brought him to life. 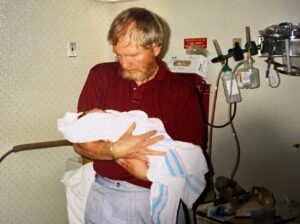 Pop and I spent the months between summers talking about Hemingway and other authors. When Pop took me to the Caribbean, we dreamed of marlin as we towed handlines behind the boat.

When I grew up, got married, moved away, and started a family, I still called the house to check in with Pop and the rest of my family. Pop did not share my interest in firearms but humored me by listening thoughtfully as I talked about guns I had purchased or dreamed of owning.

With the onset of the Covid-19 pandemic, I put visits to him and the rest of my family on hold. I pushed off flying back home until I received a call from my parents telling me I should come home to see Pop; before I couldn’t. I packed my bag and took my wife and 1-year-old son back to Cape Cod. It would be the first and last time my son would get to meet his great grandfather, and it was worth the stress of traveling with a toddler to do it.

I read “The Green Hills of Africa” when we were last together and finished the book the day after receiving word that Pop had passed.

Grief is a strange emotion. Sometimes less of an emotion and more a state of being. Being a few thousand miles away from Pop added to my feeling that I had no closure. I wanted or needed something to signal that a new chapter of my life had started. In a fit of “retail therapy,” I was looking at used rifles on the Cabelas website when I saw a Remington 03a3 with a Griffin&Howe scope mount. While the gun wasn’t Hemingway’s 1903, it had the same shape, caliber, and bespoke scope mount. I pulled the money I had set aside for hunting season and bought the rifle the next day.

When the rifle arrived, I took a long lunch break and drove to the shop to get it. Opening the box was everything I had hoped for and more. Heavily used with deep bluing, this sporterized rifle felt right in my hands. The bolt knob and edges of the old Lyman 4x scope were nicked and missing all finish. The bolt slid back and forth as though it was on bearings. Some enterprising sportsmen had taken the time to set a small compass into the stock. Just after comb of the stock, you can tell which way is north. The steel butt plate reminded me that despite its refined exterior, it was at its heart a battle rifle. I looked up the serial number, and Remington made it in October of 1943. serendipitous that this rifle that I sought out is just a few months younger than my grandfather. 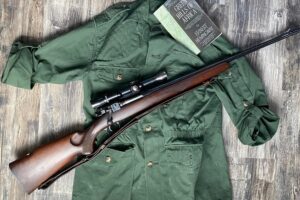 Upon research, I discovered that the G&H scope mount was worth more than what I paid for the whole gun! Griffin and Howe is an American gun company that rose to fame by converting military 1903’s into fine hunting rifles. “From a sow’s ear to a silk purse” was a phrase often used. Griffin and Howe had clients like Hemingway, Clark Gable, Dwight D Eisenhower, and I’m sure more than I don’t know as they were before my time. While they will still sporterize your rifle or build one from scratch, they are best known for their scope mounts. The Griffin and Howe side mount features a mated and removable set of machined rings that lock into one position. The idea behind these locking rings is that a shooter can remove their scope to use iron or peep sights and reattach it in the field without losing zero. Besides being rugged, they are devilishly handsome. 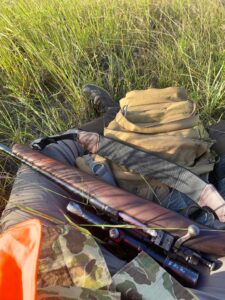 Despite the 30-06 being way more gun than I needed to hunt in south Florida, it went with me deer hunting. A wiser man would have used a lighter rifle with a brighter scope. I am not that person. I cradled my rifle as I slogged for miles in the palmetto thickets and swamps that I hunt. Sitting on the riverbank in the afternoon sun, I felt it. Covered in mud and burdocks with the five fresh Remington cor-lokts still in the rifle, I felt it. I was sitting with my stacks of surfboards and pool noodles. I was basking in the same sun that heated car roofs to oven temperatures when I tied inflatable rafts to them. I was with Pop again. There’s something indescribable about this rifle and that situation I found myself in. I know that it has no direct connection to my grandfather.

But, it has some weight that reminds me that my memories are enough. Rather than end this on a night about me, I will give it to those reading this. Enjoy the sun, go to the woods, know that even in their absence, they bring you joy. Where ever they are now, the knowledge of our happiness in the woods brings them joy too. In the words of Aldo Leopold, “They live forever by not living at all.”

#202: What Happens in Clewiston 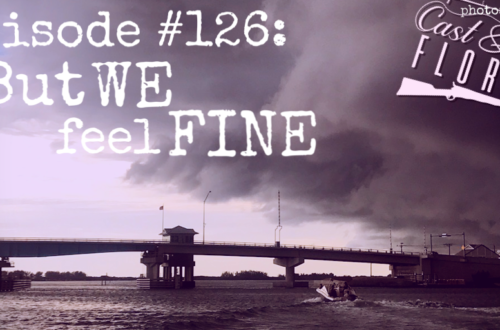 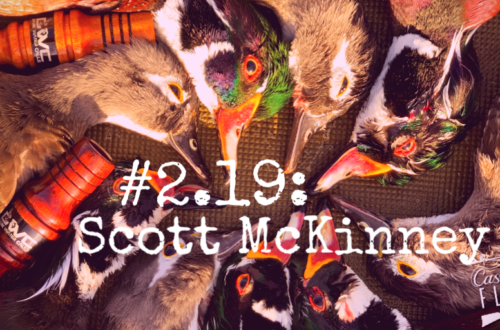 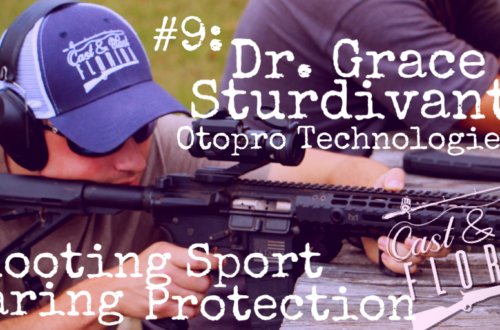